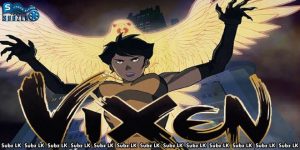 
Vixen is based on the DC Character Mari McCabe / Vixen, a costumed superhero crime-fighter with the power to mimic the abilities of any animal that has ever lived on Earth. The series is set in the same fictional universe as Arrow, The Flash, and Legends of Tomorrow.