Harry Potter and the Chamber of Secrets (2002) Sinhala Subtitle 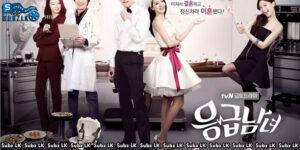 
With Ji-Hyo Song, Choi Jin-Hyuk, Pil-mo Lee, Yeo-jin Choi. Jin-Hee and Chang-Min marry young but get a divorce soon after when things between them turn bitter. Years later they meet again as interns in an ER, where they must deal with a demanding job and the antipathy still fresh between them.